Trailer will be released on Thursday.

With 2019 just around the corner, the advertising for next year’s biggest movies is finally beginning. This includes the first trailer for the highly-anticipated Hellboy reboot, as well as a flashy new poster, which gives the titular character his legendary horns.

On Monday morning, IGN unveiled the IMAX poster for the film, which sees Stranger Things star David Harbour take on the titular role, replacing Ron Perlman, who starred in Guillermo del Toro’s adaptations. The poster features a fully-horned Hellboy with the flaming crown above his head, along with the tagline “Demons have demons too.” 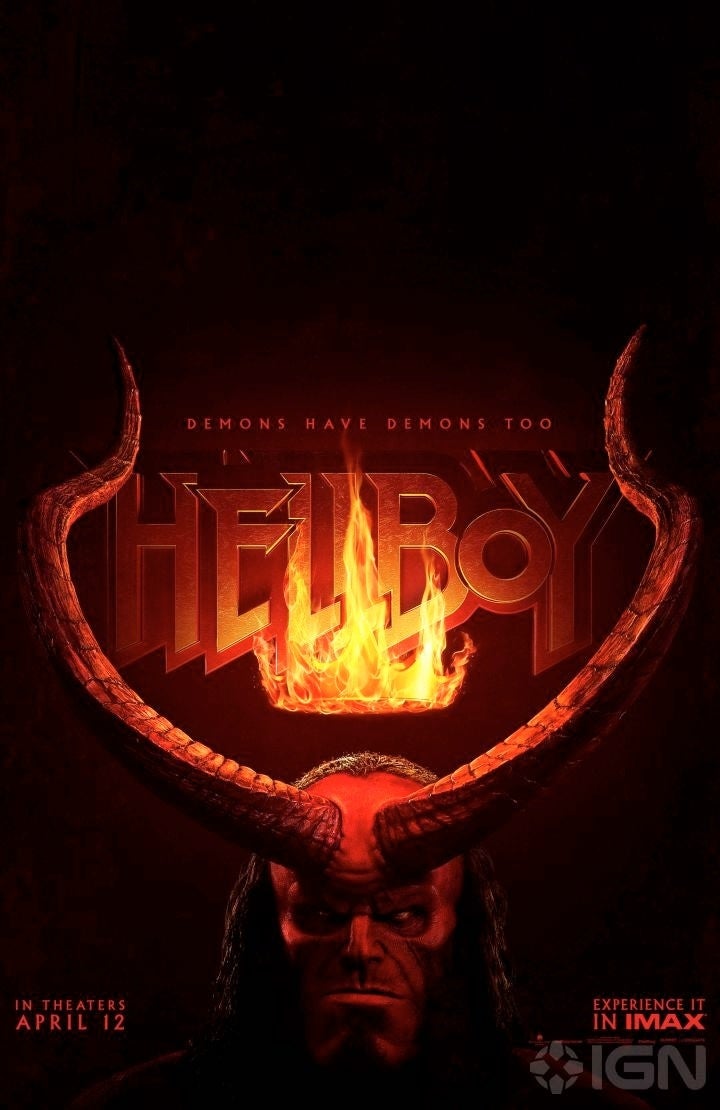 Harbour has unveiled a Hellboy motion poster through his Instagram account, which features Hellboy in a more heroic form as he calls down lightning from his Right Hand of Doom.

Awwwww, crap… Look who’s coming in April. No, not the 50% still left of the Avengers – hell, that’s practically May… April 12th showers bring one Big Red Flower, beast of the apocalypse, The right hand of doom, the buttkicker of the BPRD, and a host of all kinds of big ole giants and witches and fairies and janky overgrown ugly pig monsters from your nightmares. Trailer drops Thursday #aboutdamntime #hellboy 😈

In addition to the poster, IGN confirmed that the first trailer for the highly anticipated film would be arriving on Thursday, December 20th. Previous reports had suggested that the trailer would debut online sometime this week, though there was no firm release date at the time.

It is pretty funny.

Let's hope this movie is too.

Hellboy Reboot To Be ‘More Violent And More Bloody’

That's what I'm talking about.